Hulin and the Mad Goose (虎林和狂鹅)

Hulin and the Mad Goose (虎林和狂鹅)

Folk tales are immensely popular in China.  Passed down orally over the centuries from grandparents and parents to children, they serve as an unwritten handbook for living.  Nearly all Chinese folk tales are about simple people who find themselves in difficult situations.  These people are often helped (and occasionally hindered) by talking animals, as well as by powerful gods, wizards and other supernatural beings who actively interfere in events here on earth (天下, tiānxià, “under heaven”).   And within every Chinese folk tale is a moral or message from one of the three major schools of spiritual thought – Daoism, Confucianism, and Buddhism.

We’ve selected four classic Chinese folk tales for your enjoyment in this book.  They all have interesting plot lines, and deal with relatively simple subject matter that can be told using a limited vocabulary.  The stories are: The Golden Beetle; The Ball of Fire; Hulin and The Mad Goose; and The Two Magicians. 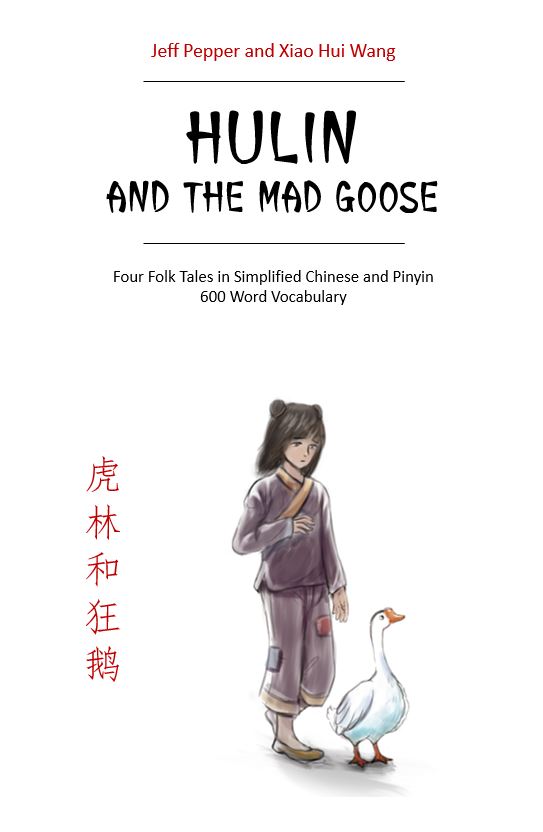