The Art of War: A Step-by-Step Translation (孙子兵法)

Home » The Art of War: A Step-by-Step Translation (孙子兵法)

The Art of War: A Step-by-Step Translation (孙子兵法)

The Art of War is the most disruptive and revolutionary book ever written about human conflict. Written in the fifth century BC during the Warring States period of ancient China and attributed to the legendary Master Sun (Sunzi), the book turned traditional thinking about warfare on its head. It advocates a radical new way of viewing warfare, replacing the traditional view of war as a form of ritualized sacrifice with a purely practical and modern view. According to Sunzi, the goals of war are achieved with hardheaded practicality, battle strategy is dictated by terrain, weather and spycraft rather than reading signs and omens, the objective of war is profit rather than glory, and the highest form of victory is winning without fighting at all. This book, by the experienced translation team of Pepper and Wang, expresses the Art of War in simple, contemporary language while remaining true to the rhythms and poetic structure of the original Chinese. A key feature of the book is its innovative step-by-step translation that lets the reader not only read the English version, but to gain deeper insights from the original text even if they don’t speak or read Chinese. 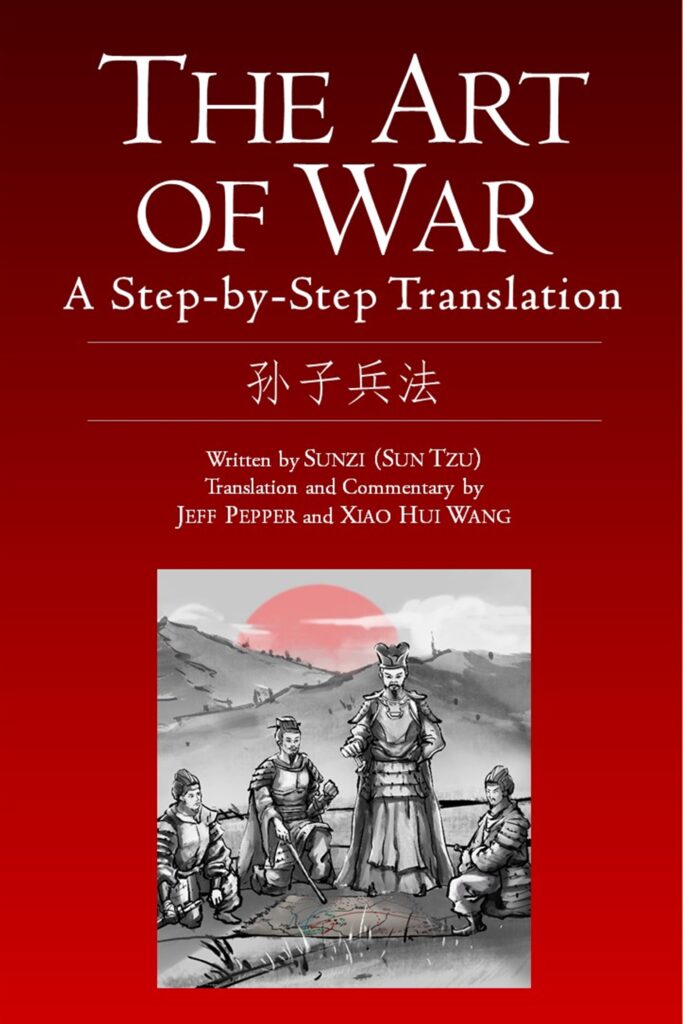