A Story in Traditional Chinese and Pinyin, 1500 Word Vocabulary Level, Journey to the West Book #14

While traveling the Silk Road, Tangseng and his three disciples encounter a young boy hanging upside down from a tree. They rescue him only to discover that he is really Red Boy, a powerful and malevolent demon and, it turns out, Sun Wukong’s nephew. Ignoring this family relationship, the demon kidnaps Tangseng and plans to eat him. The three disciples battle the demon but soon discover that he can produce deadly fire and smoke which nearly kills Sun Wukong. The two remaining disciples struggle to save Sun Wukong and Tangseng, enlisting the aid of several supernatural beings including Guanyin, the Goddess of Mercy. At the end, they learn Red Boy’s true nature.

This is the 14th book in the best-selling Journey to the West series of stories for students learning to read Traditional Chinese. It is based on the events in Chapters 40 through 43 of  epic 16th century novel of the same name by Wu Chen’en. That novel was inspired by an actual journey by the Buddhist monk Tangseng, who traveled from Chang’an westward to India in 629 A.D. and returned seventeen years later with priceless knowledge and spiritual texts. Over the course of the book Tangseng and his companions face the 81 tribulations that Tangseng had to endure to attain Buddhahood.

The first 14 books in the Journey to the West series have used a total of about 1500 different Chinese words, but only 762 are used in this book. All new words are defined on the page where they are first used. The book uses Traditional Chinese characters and includes pinyin, an English translation, and a full glossary. A free audiobook is available on YouTube’s Imagin8 Press channel and on www.imagin8press.com. 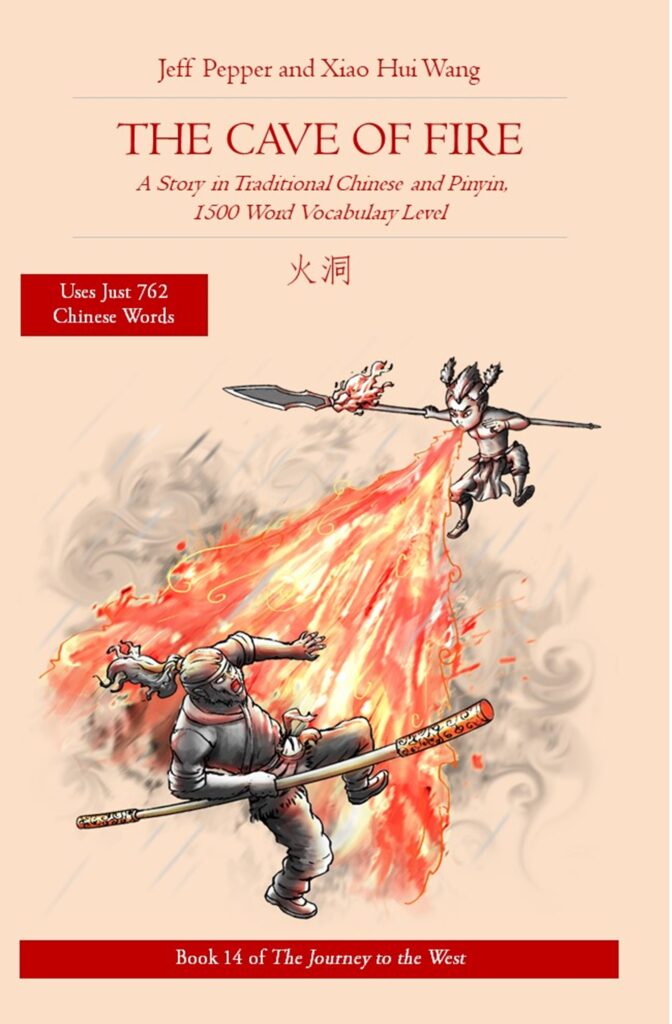