A Story in Simplified Chinese and Pinyin, Journey to the West Book #31

The monk Tangseng and his three disciples are nearing the end of their epic journey. They approach Thunderclap Monastery in India, the home of Tathagata Buddha. But Tangseng’s ordeals are not over yet. First, the travelers are mistaken for murderers and thieves and must talk their way out of jail with some help from Sun Wukong’s body-changing magic. When they finally arrive at the home of the Buddha, Tangseng asks for the holy scriptures which he plans to bring back to China. But it turns out that he has only endured eighty trials, one fewer than the 81 that are required of him. And bringing back the Buddhist scriptures turns out to be much more difficult than the pilgrims expected.

This is the 31st and final book in the best-selling Journey to the West series of stories for students learning to read Simplified Chinese. It is based on the events in Chapters 96 through 100 of the epic 16th century novel of the same name by Wu Chen’en. That novel was inspired by an actual journey by the Buddhist monk Tangseng, who traveled from Chang’an (today’s Xi’an) westward to India in 629 A.D. and returned seventeen years later with priceless knowledge and spiritual texts. Over the course of the book the four travelers face the 81 trials that Tangseng had to endure to attain Buddhahood.

The entire Journey to the West story has been told using a total of about 2,000 different Chinese words, but only 1,112 are used in this book. We introduce 25 new words for the first time, and each one is defined on the page where it is first used. The book includes pinyin, an English translation, and a full glossary.

A free audiobook is available at www.imagin8press.com, and on YouTube’s Imagin8 Press channel. 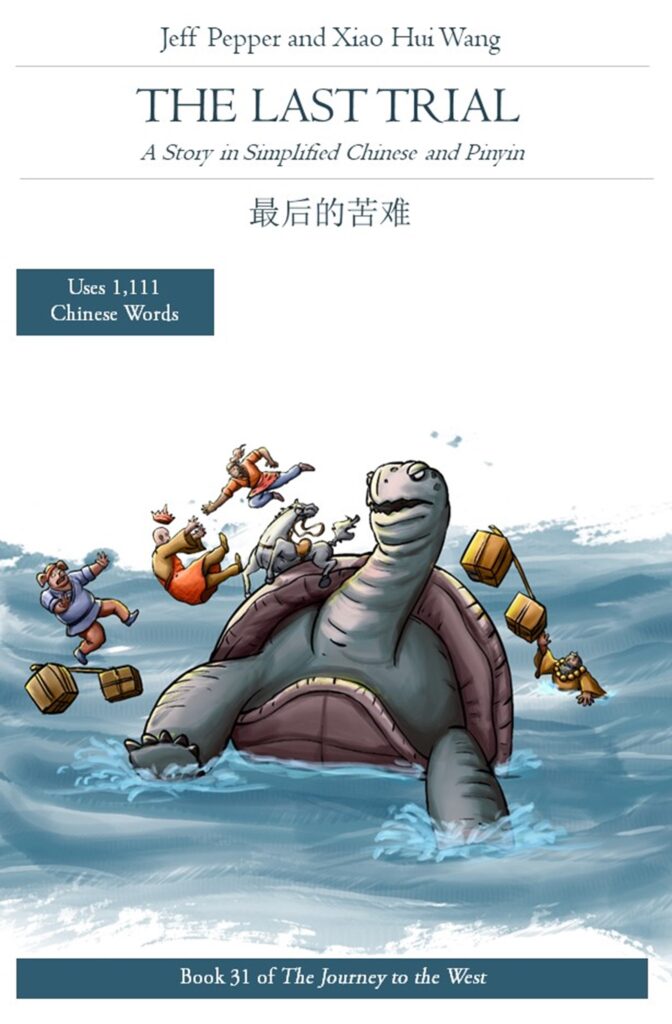