A Story in Simplified Chinese and Pinyin, Journey to the West Book #30

The weary monk Tangseng and his three troublemaking disciples have now been traveling for over fourteen years. They arrive at a city near the Indian border just in time for the annual Lantern Festival, when three Buddhas come down from the sky and gather up large quantities of special lamp oil. Unfortunately these are not true Buddhas but monsters. They grab Tangseng and spirit him away to their cave. The monkey king Sun Wukong must get help from four wood bird stars and a dragon king to rescue his master.

Later, the travelers arrive at a monastery where a strange girl is being held in a locked cell for her own protection. She claims to be the daughter of the King of India, but if so, who is the girl living in the king’s palace? The travelers investigate and learn the truth, but not before Tangseng is nearly forced to marry a beautiful demon.

This is the 30th book in the best-selling Journey to the West series of stories for students learning to read Simplified Chinese. It is based on the events in Chapters 91 through 95 of the epic 16th century novel of the same name by Wu Chen’en. That novel was inspired by an actual journey by the Buddhist monk Tangseng, who traveled from Chang’an (today’s Xi’an) westward to India in 629 A.D. and returned seventeen years later with priceless knowledge and spiritual texts. Over the course of the book the four travelers face the 81 trials that Tangseng had to endure to attain Buddhahood.

The first 30 books in the Journey to the West series have used a total of about 2,000 different Chinese words, but only 1,065 are used in this book. We introduce 31 new words for the first time, and each one is defined on the page where it is first used. The book includes pinyin, an English translation, and a full glossary. A free audiobook is available at www.imagin8press.com, and on YouTube’s Imagin8 Press channel. 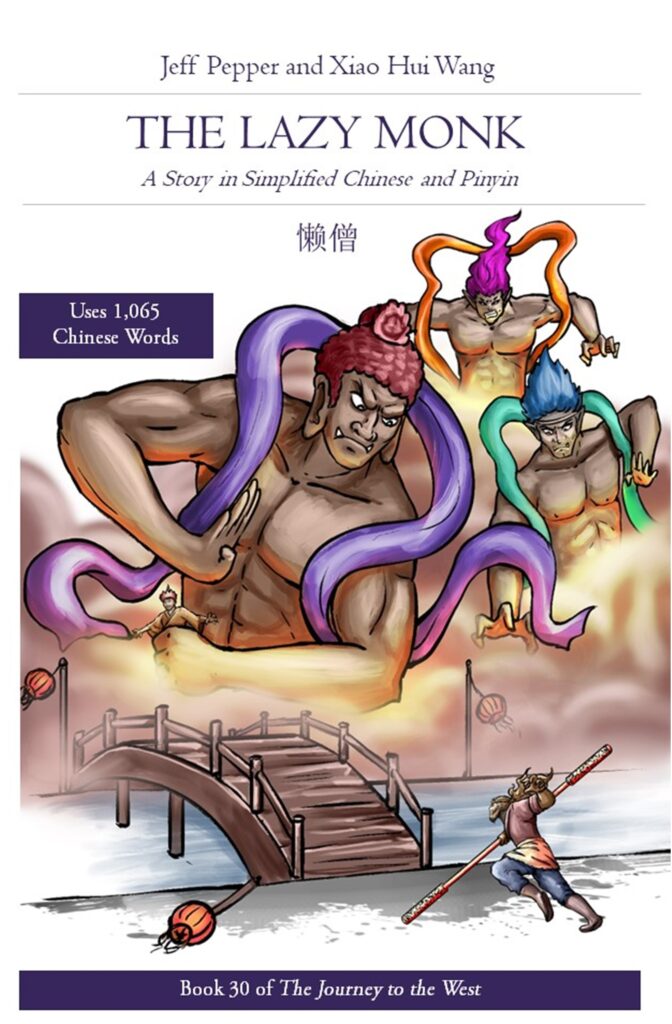