The Rise of the Monkey King (in Traditional Chinese) (猴王的誕生)

Home » The Rise of the Monkey King (in Traditional Chinese) (猴王的誕生)

The Rise of the Monkey King (in Traditional Chinese) (猴王的誕生)

A Story in Traditional Chinese and Pinyin, 600 Word Vocabulary Level, Journey to the West Book #1

This book is a retelling, in easy-to-read Chinese, of the legendary story of how a little stone monkey was born, became king of his troop of monkeys, left his home to pursue enlightenment, received the name Sun Wukong (literally, “ape seeking the void”) from his teacher, and returned home to defend his subjects from a ravenous monster.

This story is told using only 512 Chinese words, most of which are in the standard HSK3 vocabulary. All new words are defined on the page where they are first used. The book uses Traditional Chinese characters and includes pinyin, an English translation, and a full glossary. A free audiobook is available on YouTube’s Imagin8 Press channel and on www.imagin8press.com. 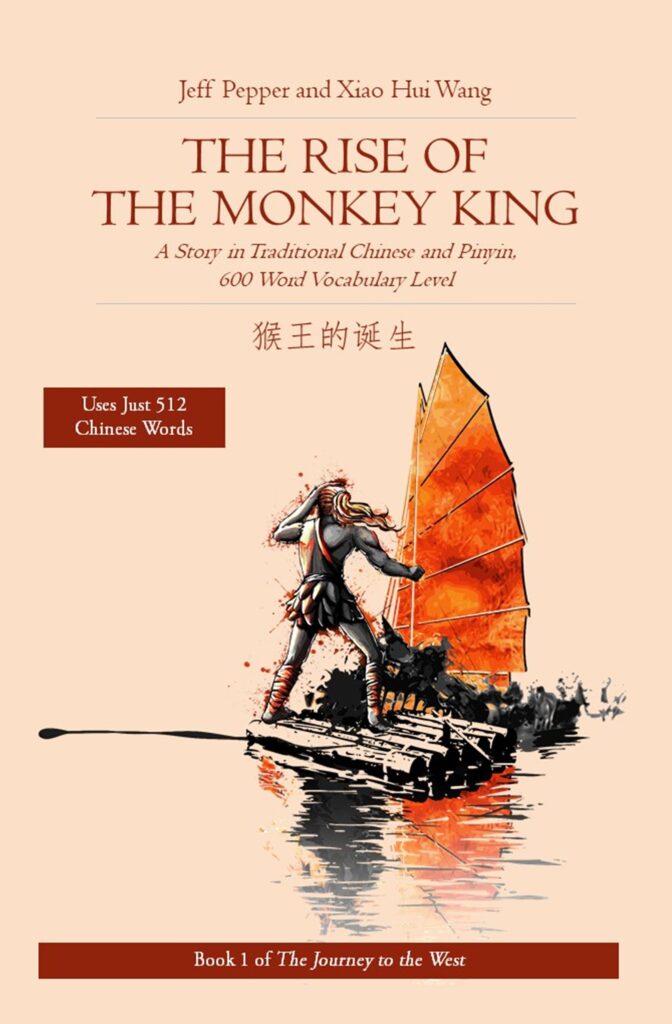