A Story in Simplified Chinese and Pinyin, 1200 Word Vocabulary Level, Journey to the West Book #9

The river-dwelling monster Sha Wujing was once the Curtain Raising Captain, but was banished from heaven by the Yellow Emperor for breaking an extremely valuable cup during a drunken visit to the Peach Festival. Later, the band of pilgrims arrive at a beautiful home seeking a simple vegetarian meal and a place to stay for the night. What they encounter instead is a lovely and wealthy widow and her three even more lovely daughters. This meeting is, of course, much more than it appears to be, and it turns into a test of commitment and virtue for all of the pilgrims, especially for the lazy and lustful Zhu Bajie.

This is the 9th book in the best-selling The Journey to the West series of stories for students learning to read Chinese. It is based on the epic 16th century novel of the same name by Wu Chen’en.  That novel was inspired by an actual journey by the Buddhist monk Tangseng, who traveled from Chang’an westward to India in 629 A.D. and returned seventeen years later with priceless knowledge and spiritual texts. Over the course of the book Tangseng and his companions face the 81 tribulations that Tangseng had to endure to attain Buddhahood.

The first 9 books in the Journey to the West series have used a total of about 1200 different Chinese words, but only 630 are used in this book. All new words are defined on the page where they are first used. The book uses Simplified Chinese characters and includes pinyin, an English translation, and a full glossary. A free audiobook is available on YouTube’s Imagin8 Press channel and on www.imagin8press.com. 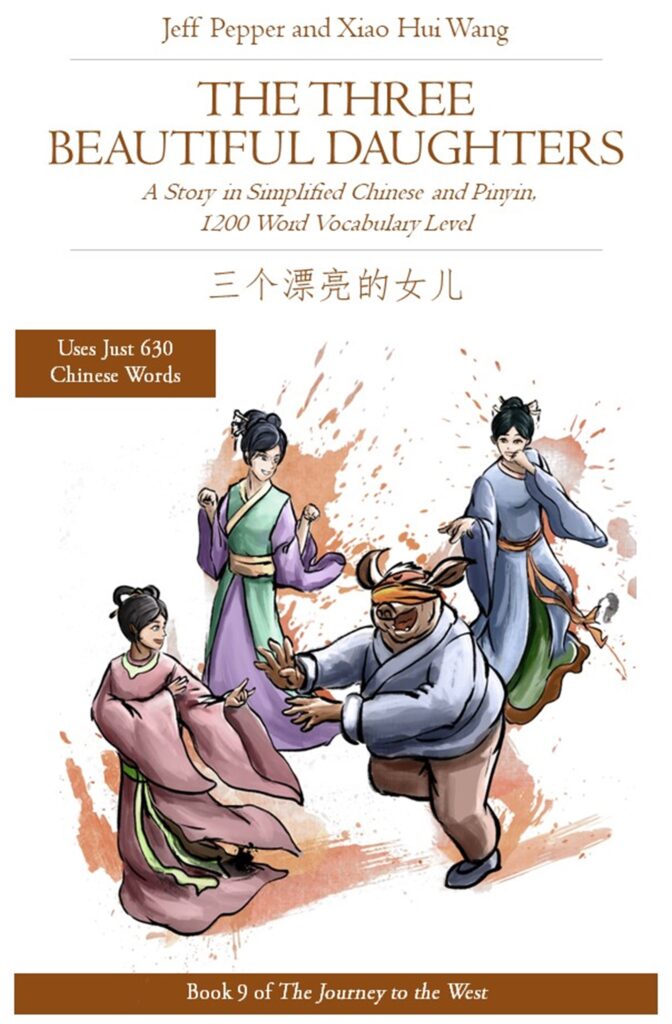