The story of Cinderella is possibly the most widespread and popular of all folk tales.  The earliest known version is from Greece around two thousand years ago, and over the next thousand years, it traveled to France, Italy and Germany, and eventually to the Walt Disney studio in America.

But as the Cinderella story traveled from Greece to Western Europe, it was also carried eastward to Asia along the Silk Road and other ancient trade routes.  The story of Ye Xian in this book is the oldest known Asian version, first appearing in a book of folk tales by Duan Chengshi in 860 AD.  That story was just 750 Chinese words long.

This story matches the modern Cinderella story more closely than later European versions.  But unlike the Disney movie, Ye Xian does not simply end with the heroine marrying and living happily ever after.  The story is more complex and more interesting, showing Zhuang, Hindu, Buddhist, and Chinese influences.

In this book, the best-selling writing team of Pepper and Wang retell this wonderful story using just 450 different Chinese words, most of which are in the standard HSK4 vocabulary, making it accessible to beginning and intermediate students of Chinese.  A glossary of all words is in the back of the book, along with an English translation.  A free audiobook version is available on on YouTube’s Imagin8 Press channel, and also from this website. 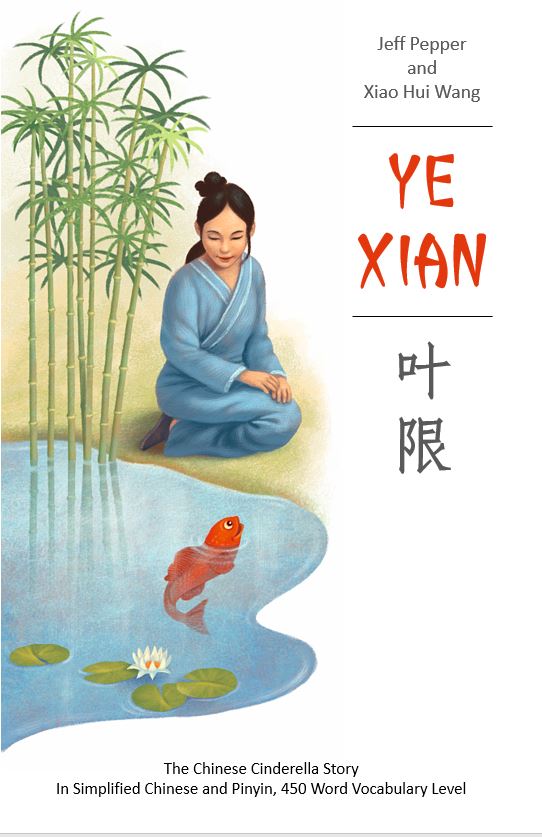