Great Peng and His Brothers (大鵬和他的兄弟們)

Great Peng and His Brothers (大鵬和他的兄弟們)

A Story in Traditional Chinese and Pinyin, Journey to the West Book #25

The travelers arrive at a tall mountain. An old man warns them that it’s infested with thousands of man-eating demons but Sun Wukong ignores the warning. Soon they meet the three demon leaders: a blue-haired lion, an old yellow-tusked elephant, and a huge terrifying bird called Great Peng. The demons trap Sun Wukong in a magic jar but he escapes. Later the three disciples try but fail to defeat the three demons. Finally, with nowhere else to turn, Sun Wukong goes to Spirit Mountain to beg help from the Buddha himself.

This is the 25th book in the best-selling Journey to the West series of stories for students learning to read Traditional Chinese. It is based on the events in Chapters 74 through 77 of the epic 16th century novel of the same name by Wu Chen’en. That novel was inspired by an actual journey by the Buddhist monk Tangseng, who traveled from Chang’an westward to India in 629 A.D. and returned seventeen years later with priceless knowledge and spiritual texts. Over the course of the book the four travelers face the 81 tribulations that Tangseng had to endure to attain Buddhahood.

The first 25 books in the Journey to the West series have used a total of about 2000 different Chinese words, but only 890 words are used in this book. We introduce 17 new words in the book, each one defined on the page where it is first used. The book uses Traditional Chinese characters and includes pinyin, an English translation, and a full glossary. A free audiobook is available on YouTube’s Imagin8 Press channel and on www.imagin8press.com. 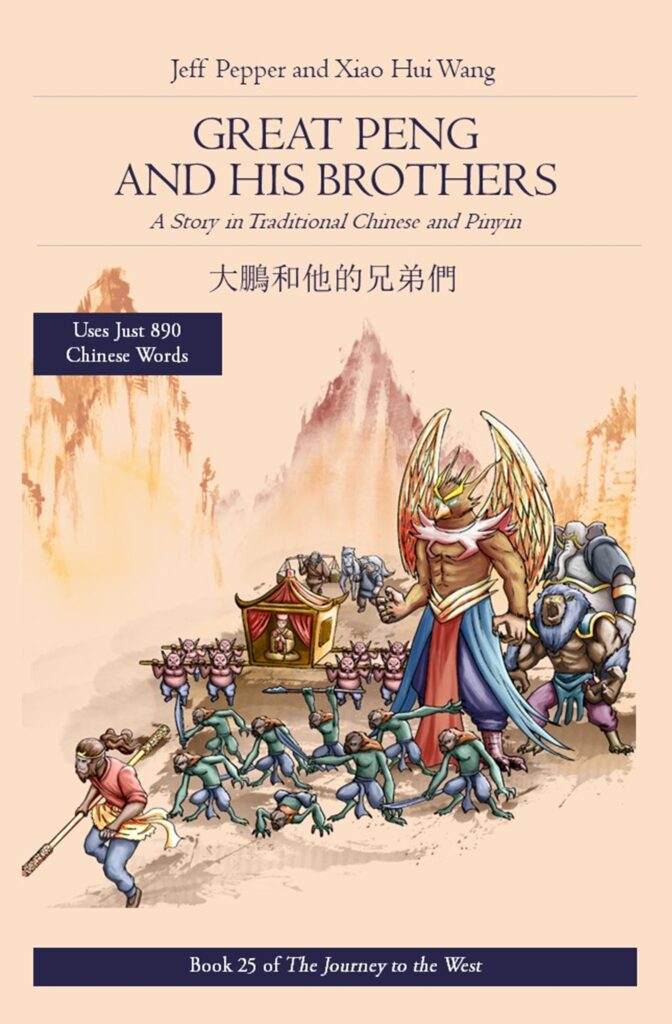