The Journey to the West in Easy Chinese (paperback edition)

Home » The Journey to the West in Easy Chinese (paperback edition)

The Journey to the West in Easy Chinese (paperback edition)

The Complete Novel Retold With Limited Vocabulary, in Simplified Chinese

This book contains the complete text, in Simplified Chinese, of the entire 31-volume Journey to the West series of graded readers by Jeff Pepper and Xiao Hui Wang. No pinyin, no English, no glossary. 775 pages.

Journey to the West is probably the most famous and best-loved novel in China and is considered one of the four great classical novels of Chinese literature. The original Chinese novel written by Wu Chen’en in the 16th century s over a half million Chinese characters long and uses a vocabulary of over 4,000 different Chinese words, many of which are archaic and virtually unknown to modern readers.

This book is not a literal translation of the original Journey to the West. Rather, it’s a retelling of the story, in Simplified Chinese, for people who are learning the Chinese language but would not be able to read the story in its original form. It is a compilation of the entire series of 31 books written by Jeff Pepper and translated by Xiao Hui Wang.

The books start off relatively easy and gradually increase in complexity. For example the first book, Rise of the Monkey King, covers the events in the first two chapters of the novel and uses a vocabulary of just 507 words. The second book, Trouble in Heaven, covers the next two chapters and uses only 431 words. Each chapter adds, on the average, about 30 new words, and so by the time you finish the final book, The Last Trial, you will have seen over two thousand different Chinese words. This is less than half of the vocabulary used in the original novel.

Free audiobook versions of all 31 books presented here are available on YouTube on the Imagin8 Press channel. You can use these to listen to a native Chinese speaker tell the story while you follow along with the text. 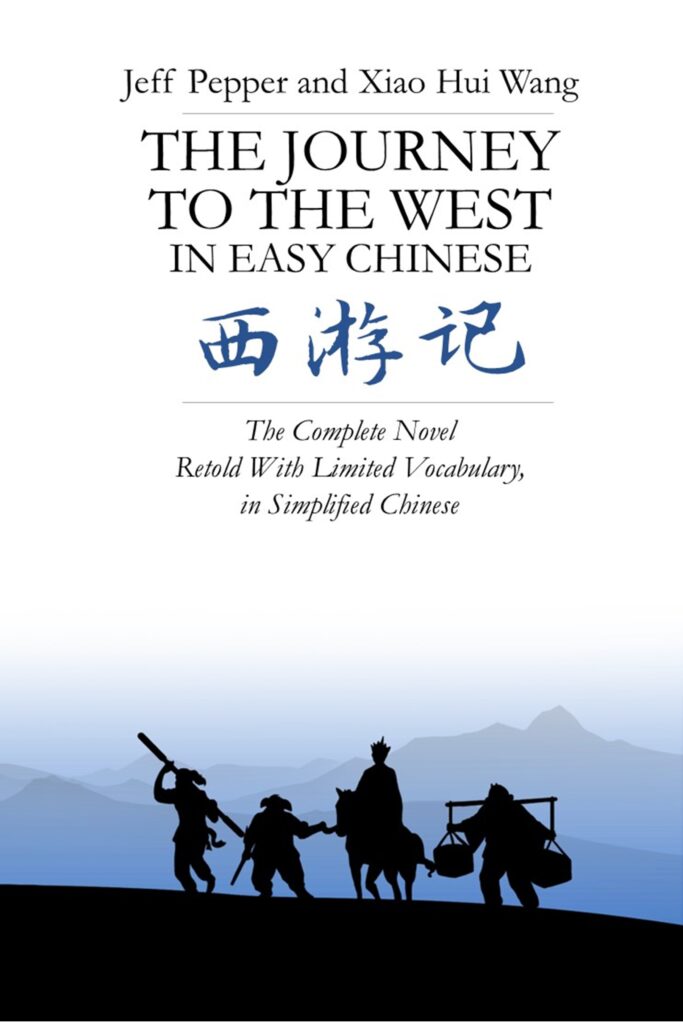