This book is a compilation of books 16, 17 and 18 in our Journey to the West series for people learning to read Chinese. The three stories told here – The Great Demon King, The Cave of Fire, and The Country of Women – are unchanged from our original versions except for minor editing and reformatting.

In The Great Demon King, the Buddhist monk Tangseng and his disciples meet and try to outwit and overpower a demon who demands two human sacrifices each year.  In The Cave of Fire, Sun Wukong steals rice from an elderly villager and the pig-man Zhu takes three silk vests from a seemingly abandoned tower. These small crimes trigger a violent confrontation with a powerful monster. And in The Country of Women, the four travelers run into difficulties and temptations in a nation of women and girls. First, the monk Tangseng and his disciple Zhu become pregnant after drinking from the Mother and Child River. Later, the nation’s queen meets Tangseng and pressures him to marry her. He barely escapes that fate, only to be kidnapped by a powerful female demon who takes him to her cave and tries to seduce him. The travelers must use all their tricks and strength to escape.

The stories are written, as much as possible, using the 1200-word vocabulary of HSK4 plus several hundred additional words introduced in these books and earlier books in the series. It is presented in Simplified Chinese characters and pinyin, and includes an English version and complete glossary. 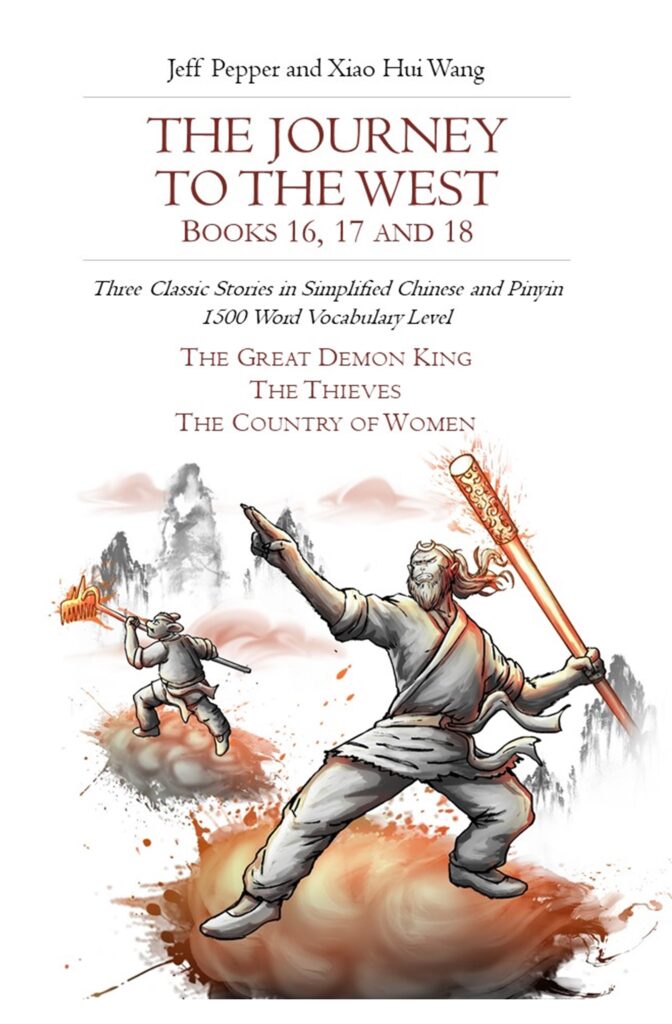