A Story in Simplified Chinese and Pinyin, 1200 Word Vocabulary Level, Journey to the West Book #10

Tangseng and his disciples have been traveling for two or three years. They arrive at a secluded mountain monastery which turns out to be the home of a powerful master named Zhenyuan and an ancient and magical ginseng tree. As usual, the travelers’ search for a nice hot meal and a place to sleep quickly turns into a disaster. Although Zhenyuan has gone away for a few days, he has left his two youngest disciples in charge. They welcome the travelers, but soon there are misunderstandings, arguments, battles in the sky, and before long the travelers are facing a powerful and extremely angry adversary as well as mysterious magic fruits and a large frying pan full of hot oil.

This is the 10th book in the best-selling Journey to the West series of stories for students learning to read Chinese. It is based on the events in Chapters 24 through 26 of the epic 16th century novel of the same name by Wu Chen’en. That novel was inspired by an actual journey by the Buddhist monk Tangseng, who traveled from Chang’an westward to India in 629 A.D. and returned seventeen years later with priceless knowledge and spiritual texts. Over the course of the book Tangseng and his companions face the 81 tribulations that Tangseng had to endure to attain Buddhahood.

The first 10 books in the Journey to the West series have used a total of about 1200 different Chinese words, but only 629 are used in this book. All new words are defined on the page where they are first used. The book uses Simplified Chinese characters and includes pinyin, an English translation, and a full glossary. 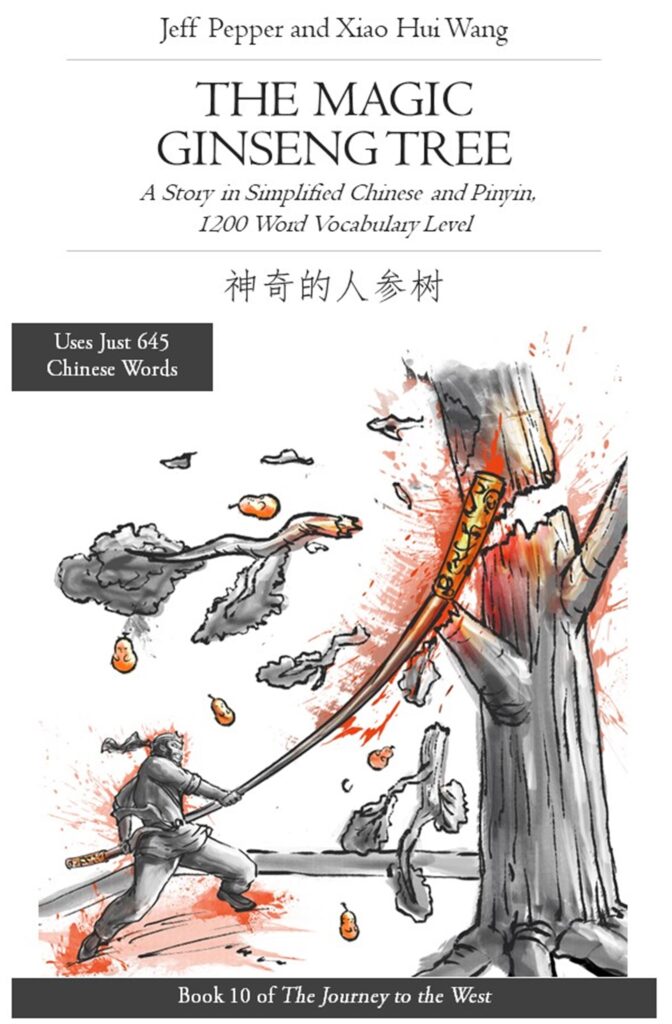