An Easy-to-Read Story in Simplified Chinese and Pinyin, 240 Word Vocabulary

This wonderful little book consists of just 30 six-line verses, and lets beginning students enjoy a great story while also learning to read Simplified Chinese. It uses a minimal vocabulary of just 240 words, most of which are in the standard HSK-1 and HSK-2 word lists. Proper nouns are underlined, and new words are defined on the page where they first appear. Each page of Chinese also contains a pinyin (romanized spelling) version. This helps beginning readers by letting them sound out the words instead of having to recognize each character in the main text. The pinyin is also useful for looking up word definitions in the glossary. And there’s an English translation at the end.

NOTES: (1) this book has a full color interior.  You can also purchase the book for a few dollars less in its original black and white interior version.  (2) this book is written using Simplified Chinese, the character set used in Mainland China. It is also available in Traditional Chinese, the character set used in Taiwan and Hong Kong. Search Amazon for “Mulan Woman Warrior Traditional” if that’s what you are looking for! 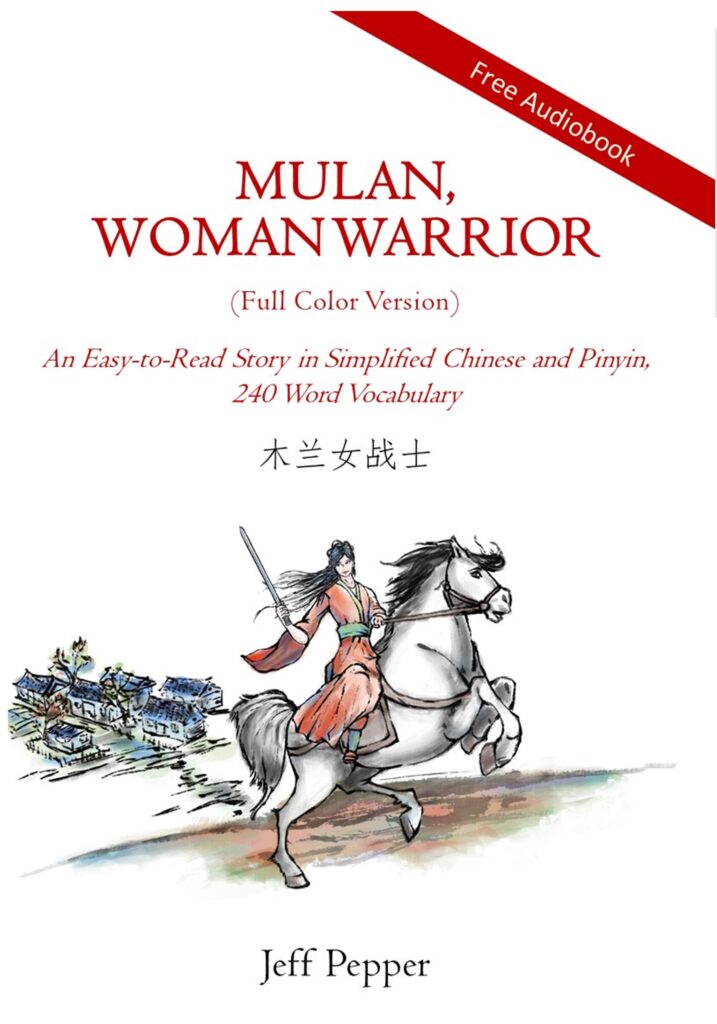