The Country of Women (女子國)

Home » The Country of Women (女子國)

The Country of Women (女子國)

A Story in Traditional Chinese and Pinyin, 1800 Word Vocabulary Level, Journey to the West Book #18

The four travelers run into difficulties and temptations in a nation of women and girls. First, the monk Tangseng and his disciple Zhu become pregnant after drinking from the Mother and Child River. Later, the nation’s queen meets Tangseng and pressures him to marry her. He barely escapes that fate, only to be kidnapped by a powerful female demon who takes him to her cave and tries to seduce him. The travelers must use all their tricks and strength to escape.

This is the 18th book in the best-selling The Journey to the West series of stories for students learning to read Traditional Chinese. It is based on the events in Chapters 53 through 55 of the epic 16th century novel of the same name by Wu Chen’en. That novel was inspired by an actual journey by the Buddhist monk Tangseng, who traveled from Chang’an westward to India in 629 A.D. and returned seventeen years later with priceless knowledge and spiritual texts. Over the course of the book Tangseng and his companions face the 81 tribulations that Tangseng had to endure to attain Buddhahood.

The first 18 books in the Journey to the West series have used a total of about 1800 different Chinese words, but only 788 are used in this book. All new words are defined on the page where they are first used. The book uses Traditional Chinese characters and includes pinyin, an English translation, and a full glossary. A free audiobook is available on YouTube’s Imagin8 Press channel and on www.imagin8press.com. 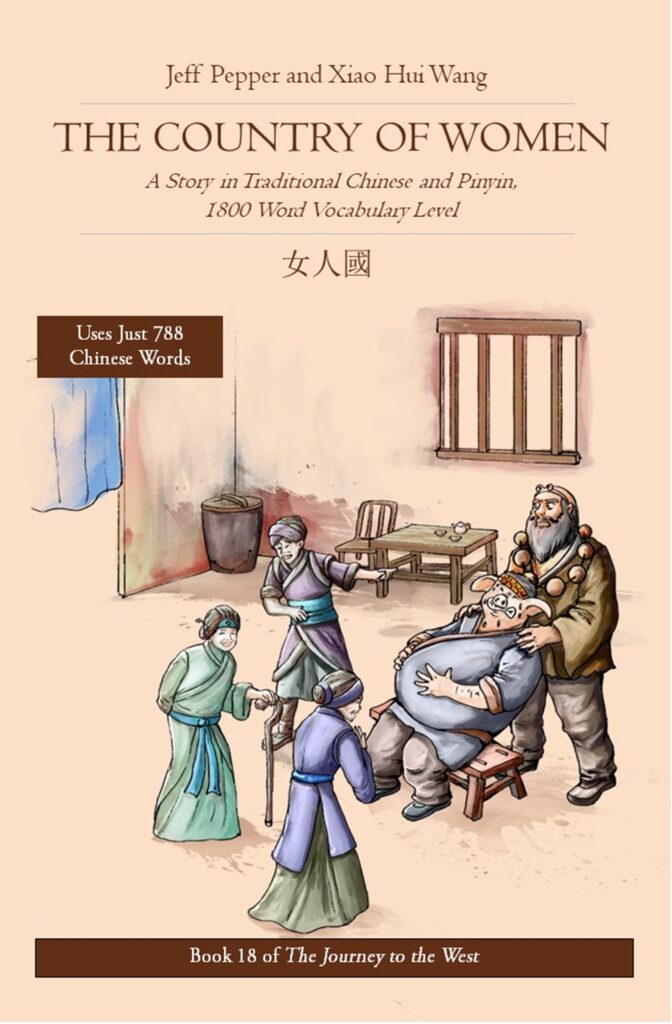