A Story in Simplified Chinese and Pinyin, Journey to the West Book #28

Ignoring a warning from the Bodhisattva Guanyin, Tangseng and his three disciples enter a city whose king has vowed to kill 10,000 Buddhist monks and has already finished off 9,996. The travelers must avoid being killed and figure out how to show the king the error of his ways. Later, the Monkey King Sun Wukong flies over a mountain and sees a large demon with 30 little demons, all blowing fog from their mouths. This leads to a great battle where the demons use the “Dividing the Petals of the Plum Flower” trick to confuse the disciples and kidnap Tangseng.

This is the 28th book in the best-selling The Journey to the West series of stories for students learning to read Simplified Chinese. It is based on the epic 16th century novel of the same name by Wu Chen’en. That novel was inspired by an actual journey by the Buddhist monk Tangseng, who traveled from Chang’an westward to India in 629 A.D. and returned seventeen years later with priceless knowledge and spiritual texts. Over the course of the book the four travelers face the 81 tribulations that Tangseng had to endure to attain Buddhahood.

Books 1 through 28 in the Journey to the West series have used a total of about 2,000 different Chinese words, but only 912 words are used in this book. We introduce 29 new words for the first time in this book, and each one is defined on the page where it is first used. The book includes pinyin, an English translation, and a full glossary. 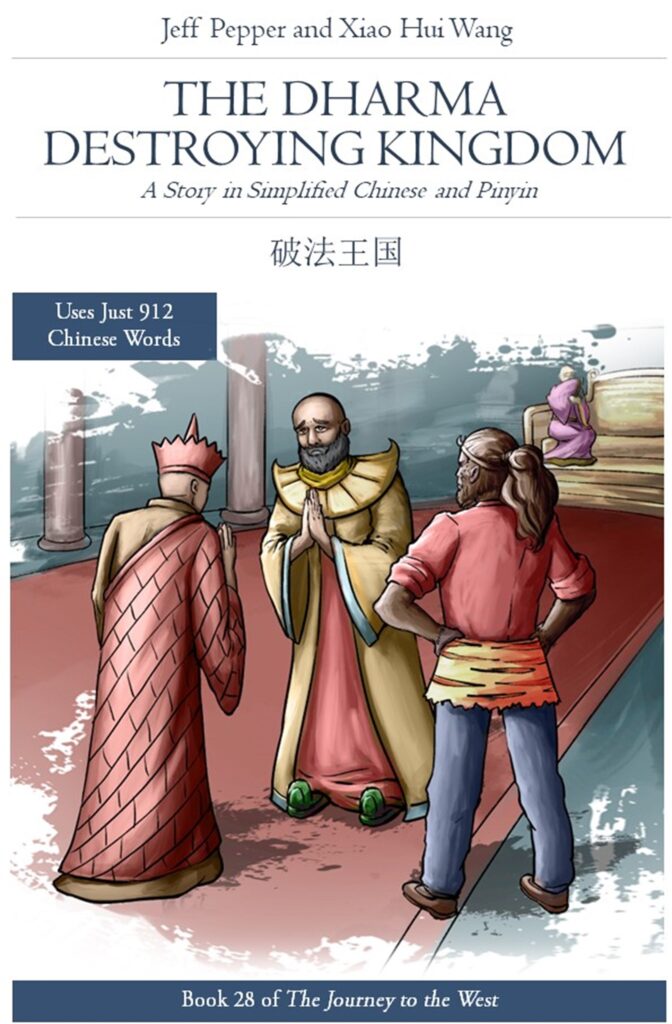