The Emperor in Hell (in Traditional Chinese) (獄裡的皇帝)

Home » The Emperor in Hell (in Traditional Chinese) (獄裡的皇帝)

The Emperor in Hell (in Traditional Chinese) (獄裡的皇帝)

A Story in Traditional Chinese and Pinyin, 600 Word Vocabulary Level, Journey to the West Book #5

This story starts innocently enough, with two good friends chatting as they walk home after eating and drinking at a local inn.  One of the men, a fisherman, tells his friend about a fortune-teller who advises him on where to find fish.  This seemingly harmless conversation between two minor characters triggers a series of events that eventually cost the life of a supposedly immortal being, and cause the great Tang Emperor himself to be dragged down to the underworld, where he must convince them that he is innocent of wrongdoing. They release him but he is still trapped in hell, and must escape with the help of a deceased courtier.

This is the 5th book in the best-selling The Journey to the West series of stories for students learning to read Chinese. It is based on the epic 16th century novel of the same name by Wu Chen’en.  That novel was inspired by an actual journey by the Buddhist monk Tangseng (formerly called Xuanzang), who traveled from Chang’an westward to India in 629 A.D. and returned seventeen years later with priceless knowledge and spiritual texts. Over the course of the book Tangseng and his companions face the 81 tribulations that Tangseng had to endure to attain Buddhahood.

The first 5 books in the Journey to the West series have used a total of about 600 different Chinese words, but only 590 are used in this book. All new words are defined on the page where they are first used. The book uses Traditional Chinese characters and includes pinyin, an English translation, and a full glossary. A free audiobook is available on YouTube’s Imagin8 Press channel and on www.imagin8press.com. 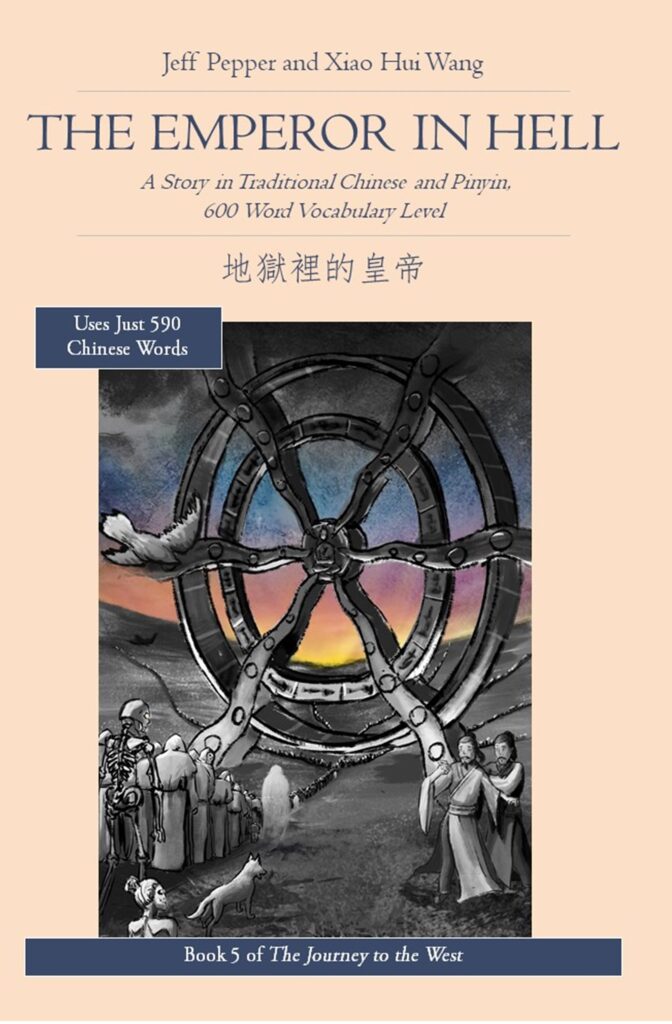